The Pink Palace Family of Museums

In October my thoughts always turn to things dark and spooky. Maybe it is because I see the greatest changes toward the darkness of the coming winter. I find myself often resetting my light timers earlier each day. The sun sets earlier but it also rises later and so it seems unfair that the alarm now gets me up in total darkness. To our ancestors it was a time of fear. This year we find the moon is new on October 30 and so this Halloween night will be extra dark with no moon to light our way.

Looking up, astronomers have found many objects whose images remind us of “things that go bump in the night.” There are the Ghost Head and Witch’s Head nebulae. The Witch’s Broom is a part of a wispy gas cloud called the Veil nebula in Cygnus and many people see shapes like the wings of bats in something called “the Wizard nebula” in the constellation Cepheus. 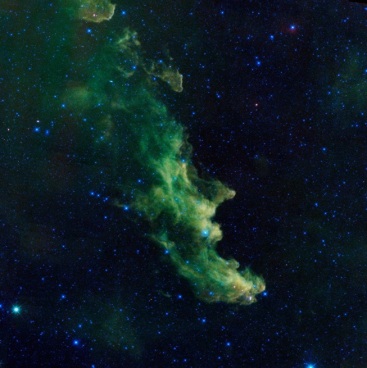 But most frightening of all is something that lies deep in the hearts of galaxies. There you will find a monster beyond compare. So black it is that it cannot be seen, so powerful that even light cannot escape its clutches. Yet as it feeds its voracious appetite on remnants of stars and planets some material gets squeezed and energized so that it shoots the crumbs away in powerful beams of accelerated particles. It is a Black Hole. Find out more about them daily in our full-dome digital planetarium show Black Holes narrated by John de Lancie.

AutoZone Dome at the Sharpe Planetarium